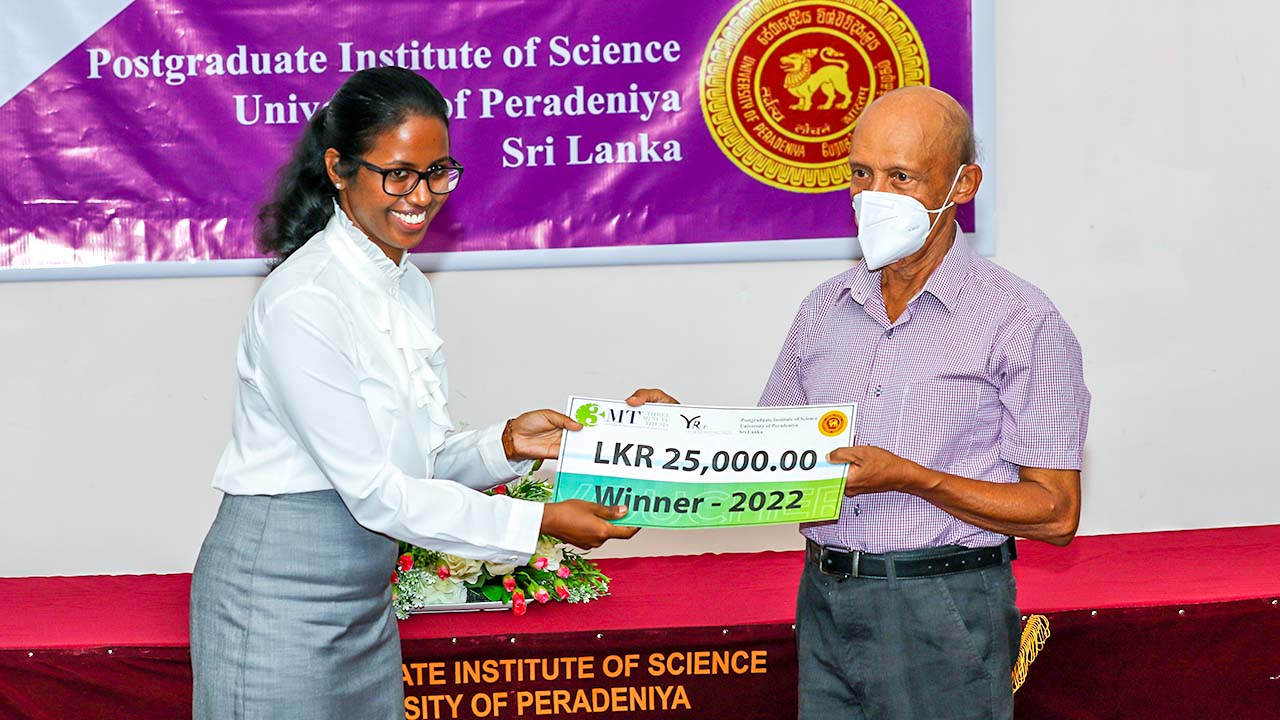 Ms. Jayani Kalinga, M.Phil student of NIFS has won the first place in the Three-Minute Thesis Competition (3MT), organized by the Young Researchers' Forum of the Postgraduate Institute of Science (PGIS), University of Peradeniya. She has also won the People’s Choice Award by receiving the maximum number of votes for the best speech from the audience. She is currently a Research Assistant in the Natural Products research project of NIFS and she received her B.Sc. special degree in botany from Southeastern University of Sri Lanka.

The 3MT competition is a professional and highly engaging international research communication competition developed by the University of Queensland, and with its permission, PGIS held their first-ever 3MT competition on 12th October 2022 at the PGIS auditorium. The competition held as a physical event in two rounds. The winner was chosen at the final round by an esteem panel of judges including Prof. Keerthi Thennakoon, Prof. Parakrama Karunarathne, Prof. Siril Wijesundara, Dr. Jayalath Edirisinghe and Mrs. Noorul Munawwara. 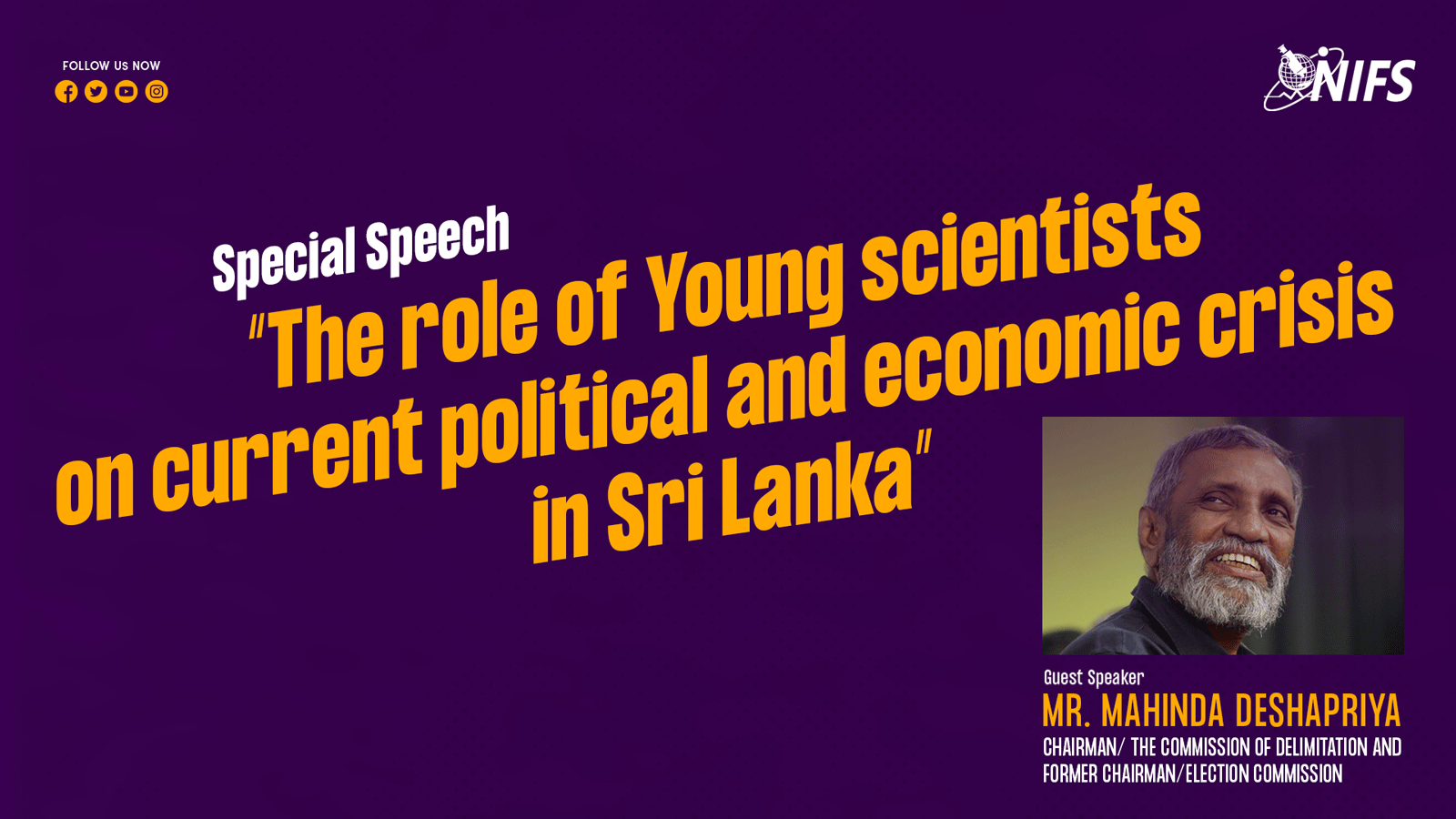 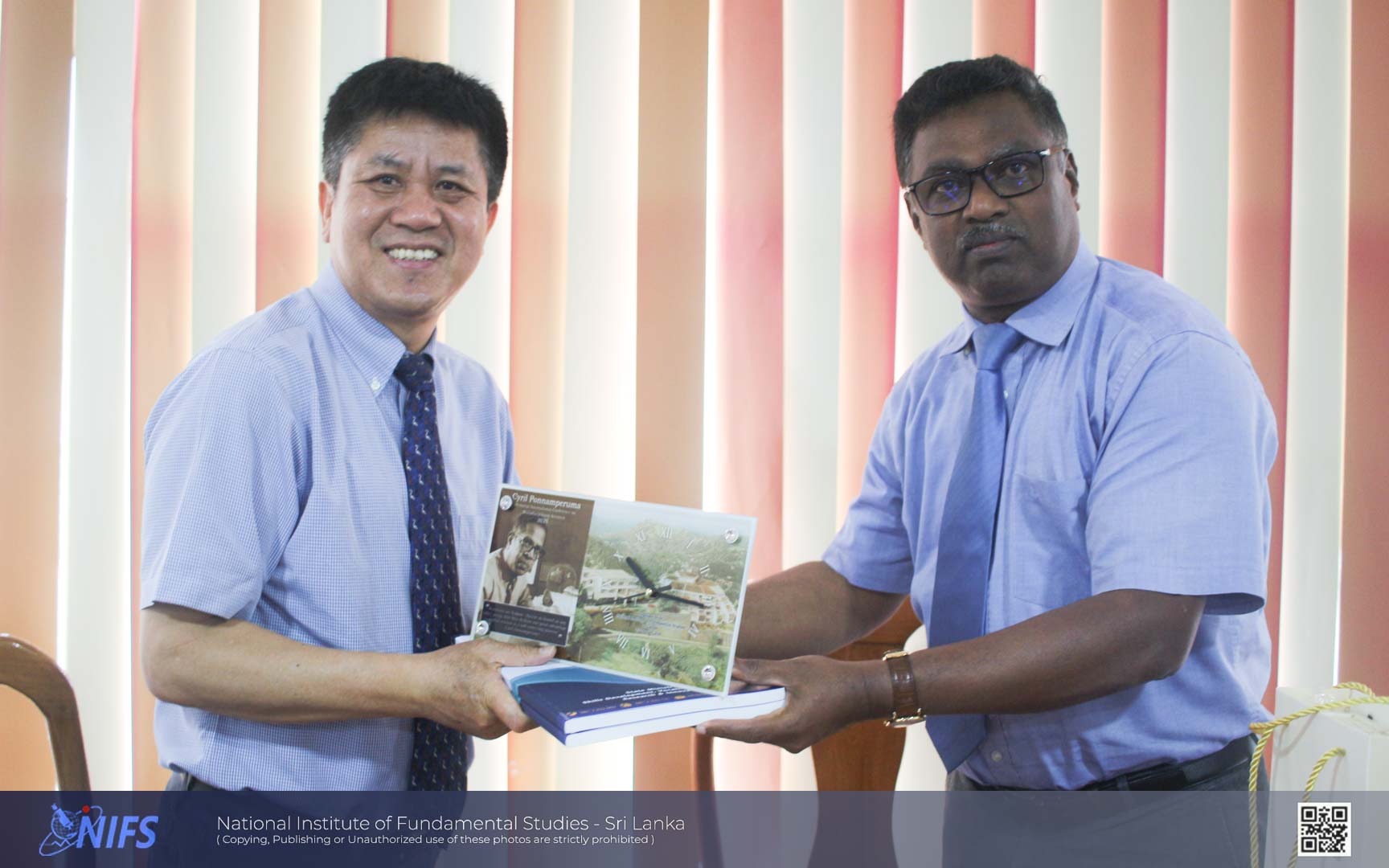 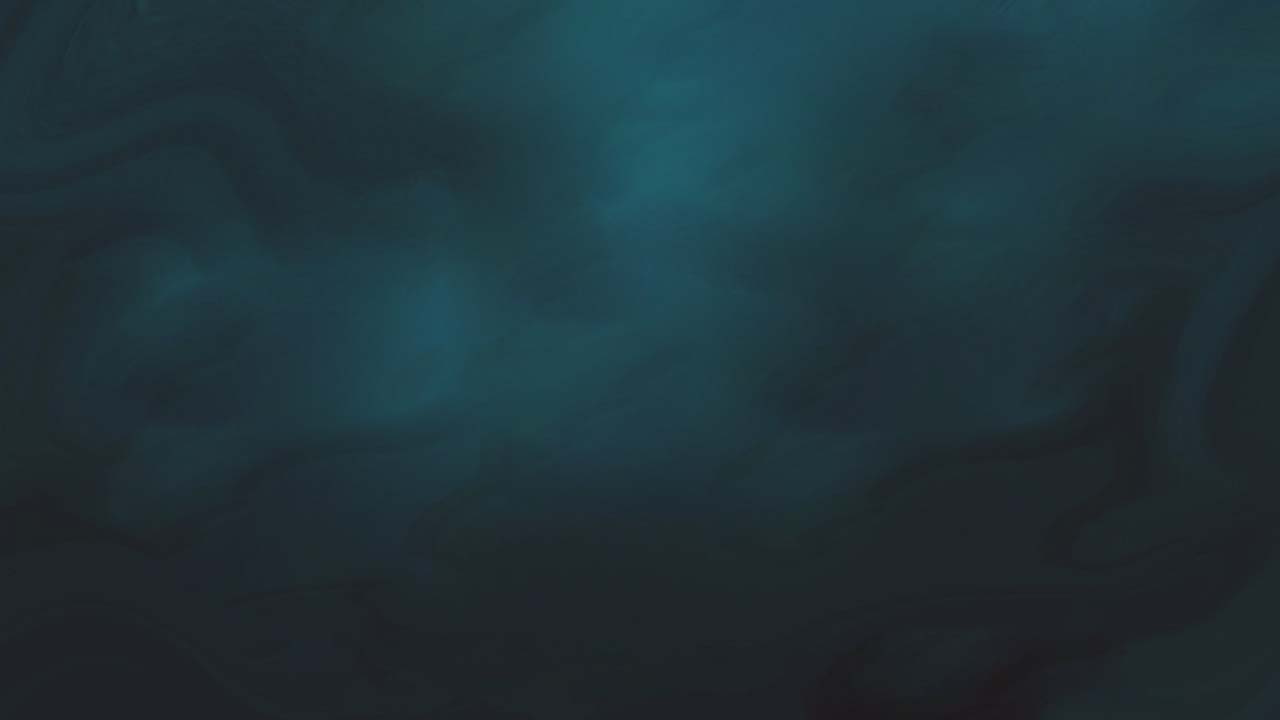 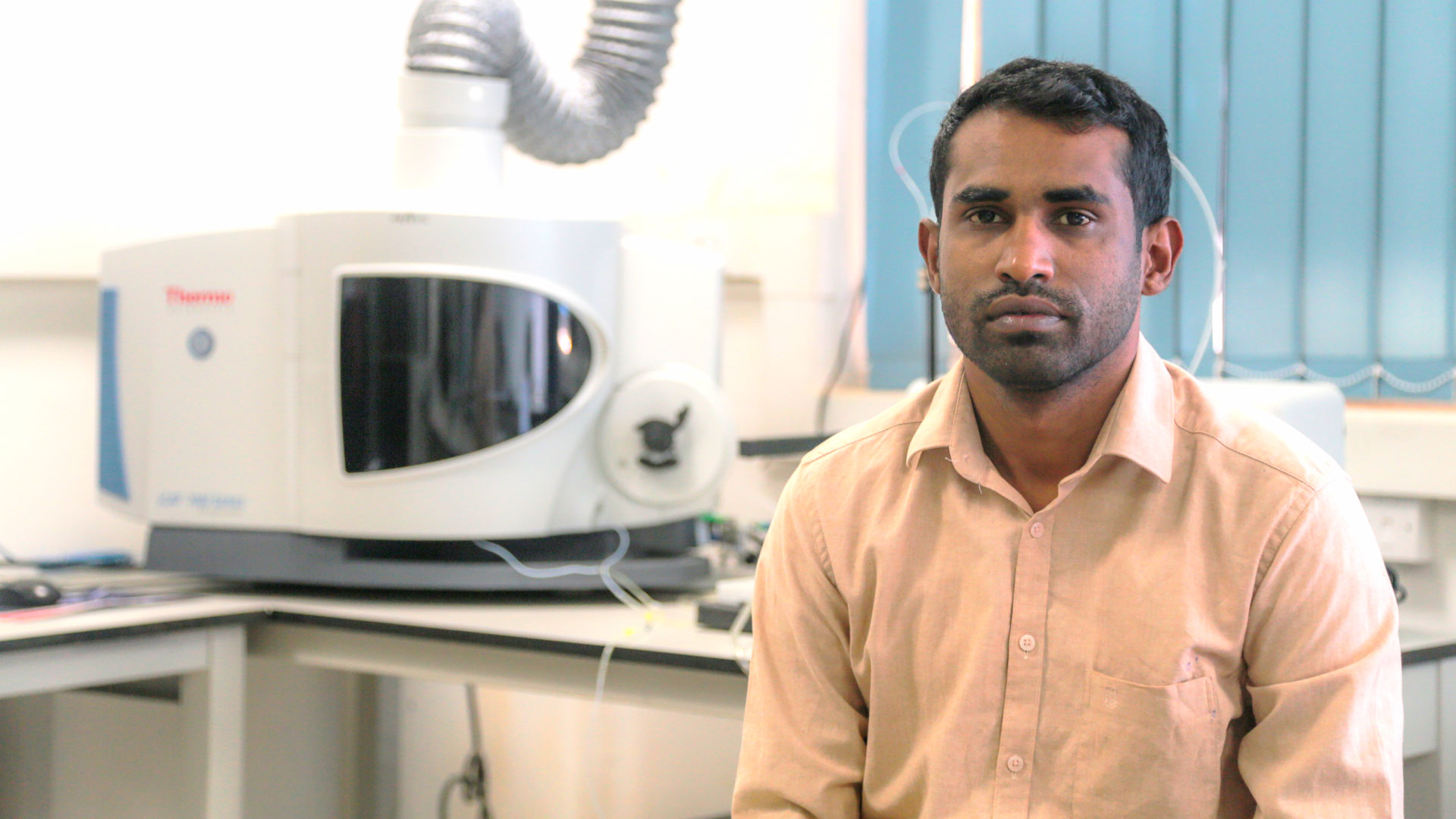 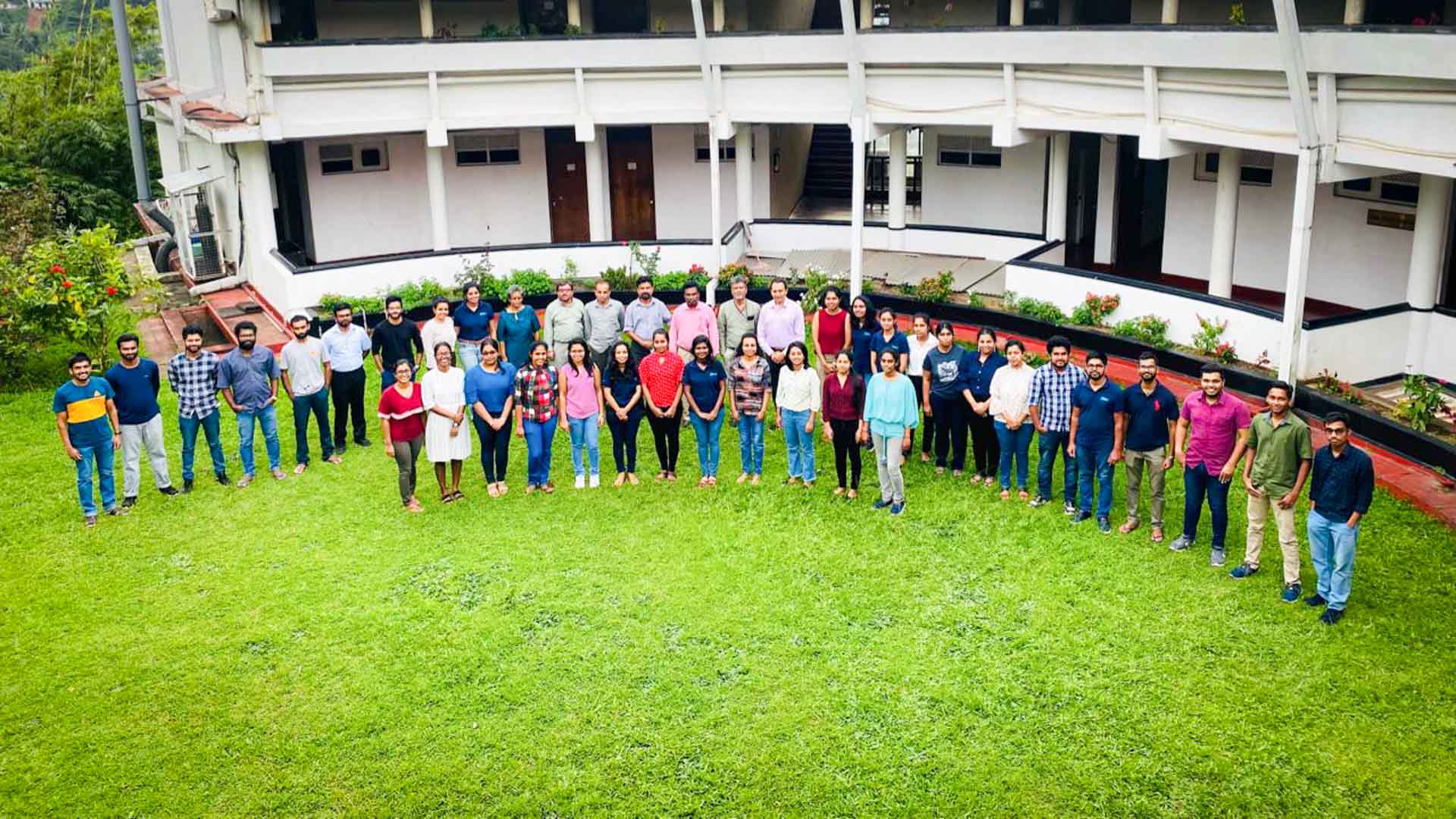 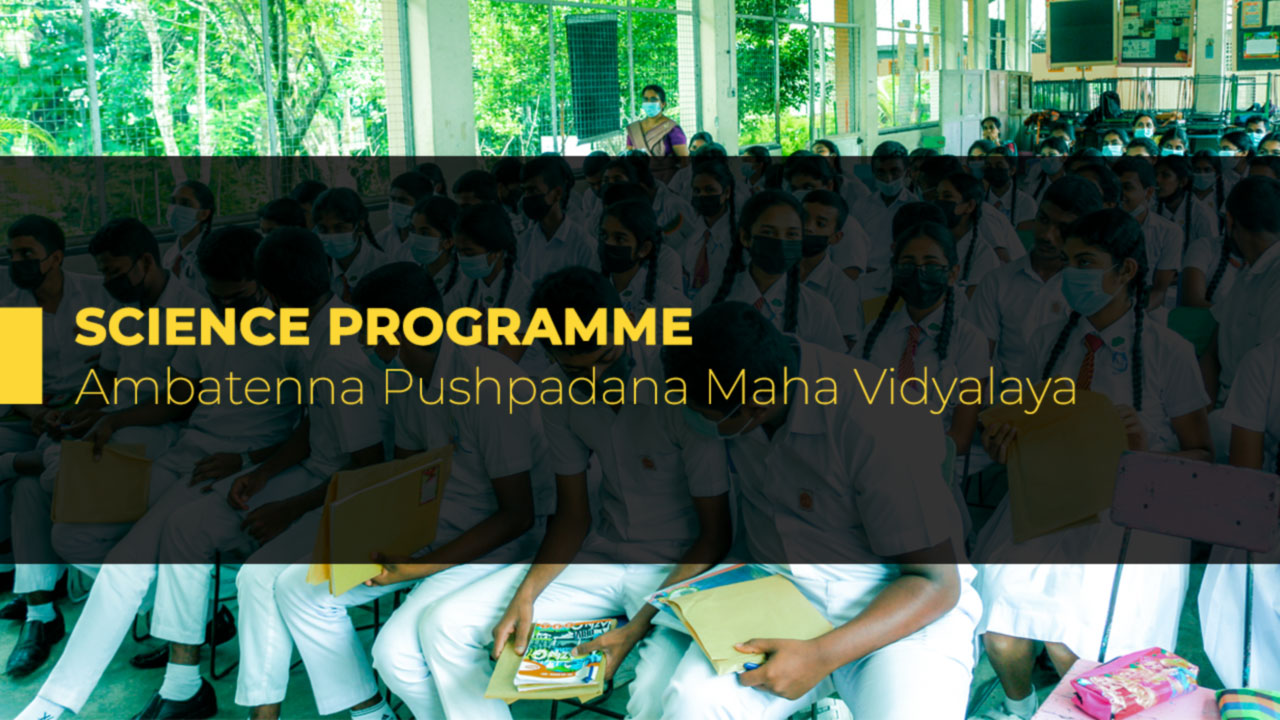