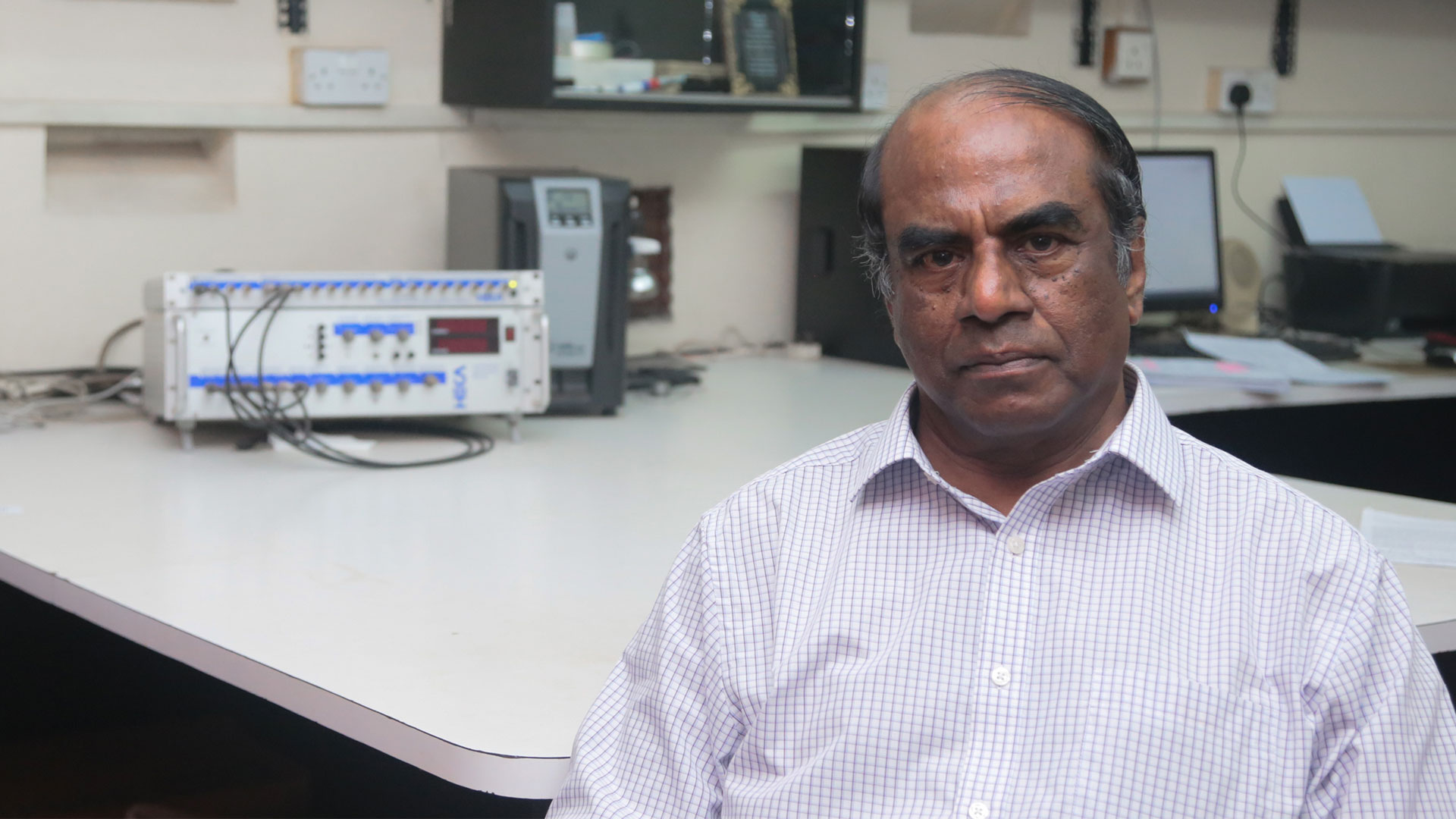 Majoring in Physics, Professor Lakshman Dissanayake got his B.Sc. (Honours) (1970) from the University of Peradeniya, Sri Lanka and his MS and PhD (1977) in Experimental Solid State Physics from Indiana University, Bloomington, Indiana, U.S.A. He is currently a Research Professor at the Condensed Matter Physics Division, National Institute of Fundamental Studies, Kandy, Sri Lanka. Prof Dissanayake was awarded the Emeritus Professorship by University of Peradeniya in 2011.

Professor Dissanayake has more than 40 years of undergraduate teaching and about 20 years of graduate level teaching experience. He has won many awards through the years as a great teacher and a scientist: He won the CVCD (Committee of Vice Chancellors and Directors) Award for the Most Outstanding Researcher, Physical Sciences, Senior Researcher Category-2010: awarded by His Excellency the President of Sri Lanka on 16th December 2010. Prof Dissanayake was awarded the Sri Lanka National Award “Vidya Nidhi” by Her Excellency the President of Sri Lanka in October 2005 in recognition of the scientific achievements and contribution to national development in the area of science, scientific research and science education.

Professor Dissanayake has made a number of significant contributions to secondary education in Sri Lanka. He is the author of seven very popular Physics textbooks written in Sinhalese for GCE Advanced Level students. These books are now widely used by students and teachers in AdvancedLlevel classes.