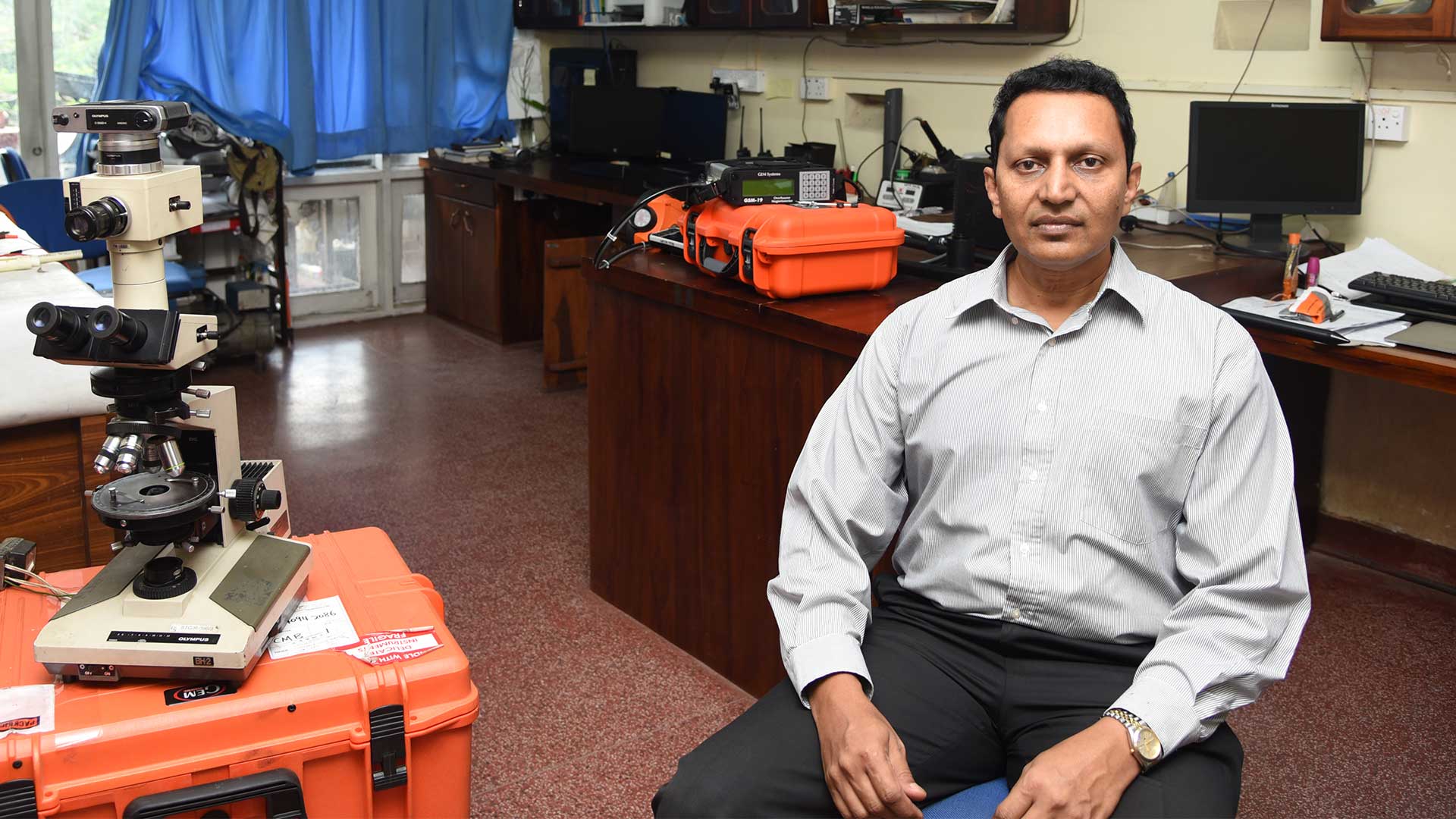 Geothermal mapping project was initiated with the intention to produce a detailed and complete database of the geothermal resources of Sri Lanka. Although Sri Lanka is not situated on an active geothermal area, i.e. closer to an active plate boundary, there are clear indications of low-enthalpy activities as evidenced by the presence of thermal springs. Generally, all of the known thermal springs are located in a close proximity to the Highland-Vijayan (H/V) lithological boundary. This has led to the hypothesis that H/V boundary could be playing a role in the formation of geothermal resources.

A detailed geophysical survey was conducted using state-of-the-art techniques such as Magnetotelluric (MT) to investigate the deep structures and possible heat sources. Although the underlying structures, fractures, and the possible hydrological pathways were identified, no heat source has so far identified. Further observations revealed the association of dolerite dikes with the thermal springs. Since the dolerite dikes are relatively very young (less than 150 MY), the origin of the thermal springs may have some relationship with the intrusion of dolerite dikes. In addition to MT, some other geophysical techniques such as Time-Domain Electromagnetics (TDEM), magnetic methods and resistivity techniques are employed during this research project.