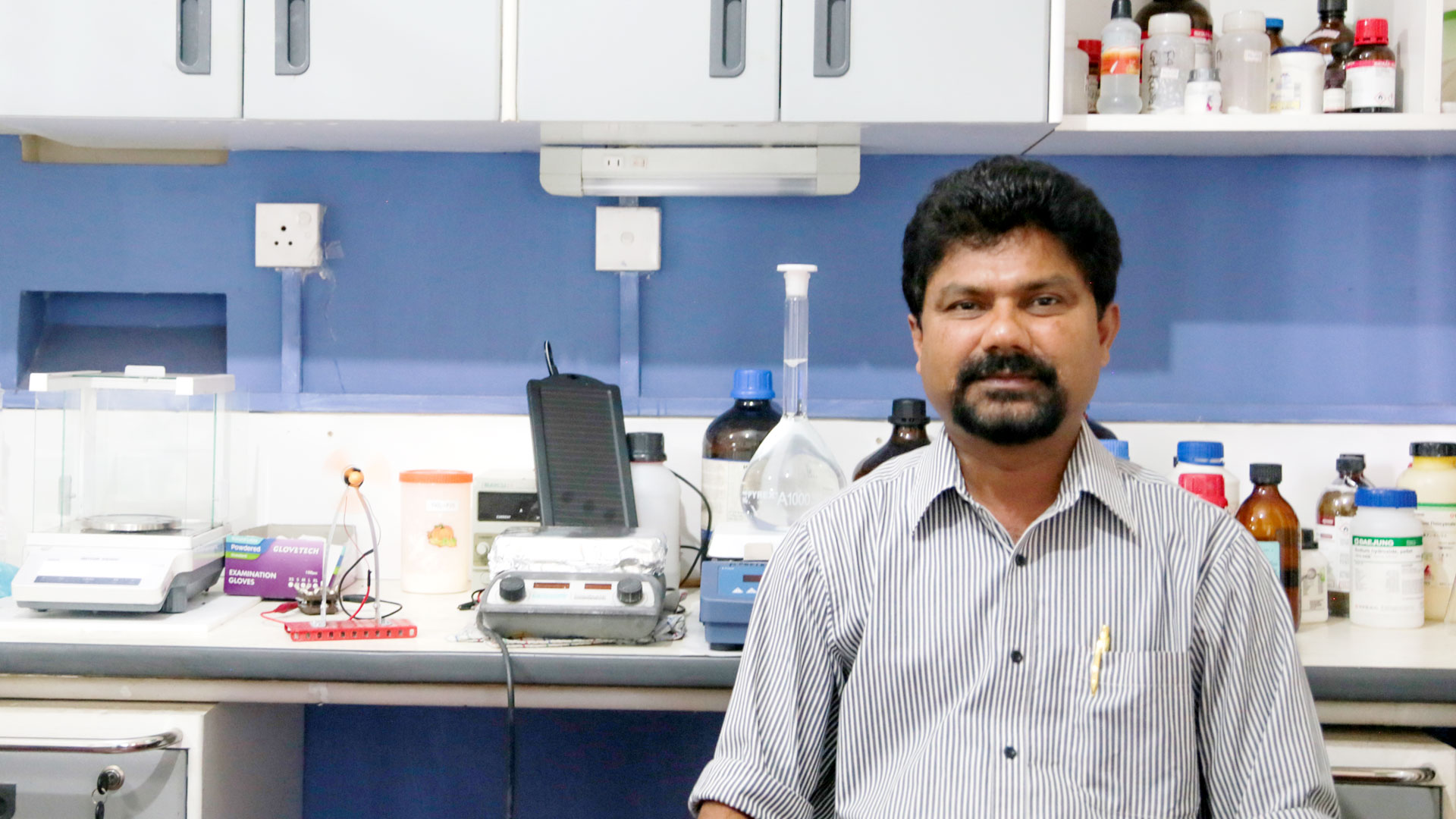 Professor G R A Kumara obtained his B.Sc (Physics, Chemistry, Pure Mathematics) from the University of Peradeniya, Sri Lanka in 1993. He acquired his M. Phil. (Physics) degree from the University of Sri Jayewardenepura, Colombo, Sri Lanka in 1997. His research focused on Photoelectrochemical and Solid State Photovoltaic Cells Sensitized with Cyanine for his thesis. In 2001, Prof Kumara obtained his Ph.D. (Engineering) from Shizuoka University, Japan with a thesis titled 'Development of New Materials for Dye-sensitized Solar Cells'. In 1996, he won the Prize for Young Scientists in the field of Physics awarded by the “Third World Academy of Sciences” (Italy) and the Natural Resources, Energy and Science Authority (NARESA) of Sri Lanka. Prof Kumara was awarded this prize for outstanding research in the development of Novel Dye-sensitized Solid-state Solar Cell. In 2011, he was granted the Senior Research Fellowship of the Department of Chemistry, Faculty of Science, University of Peradeniya, In 2013, Prof Kumara won a NRC Merit Award for Scientific Publication. He also won SUSRED AWARDS in 2013 for the Development of dye-sensitized solar cells using atomized spray pyrolysis technique. He has also won the President’s Award for Scientific Publication for Highly-rated Scientific Research in the years 2010, 2011 and 2012. Prof Kumara has over 80 research publications and organized and participated in many international conferences and workshops throughout his ongoing scientific career.