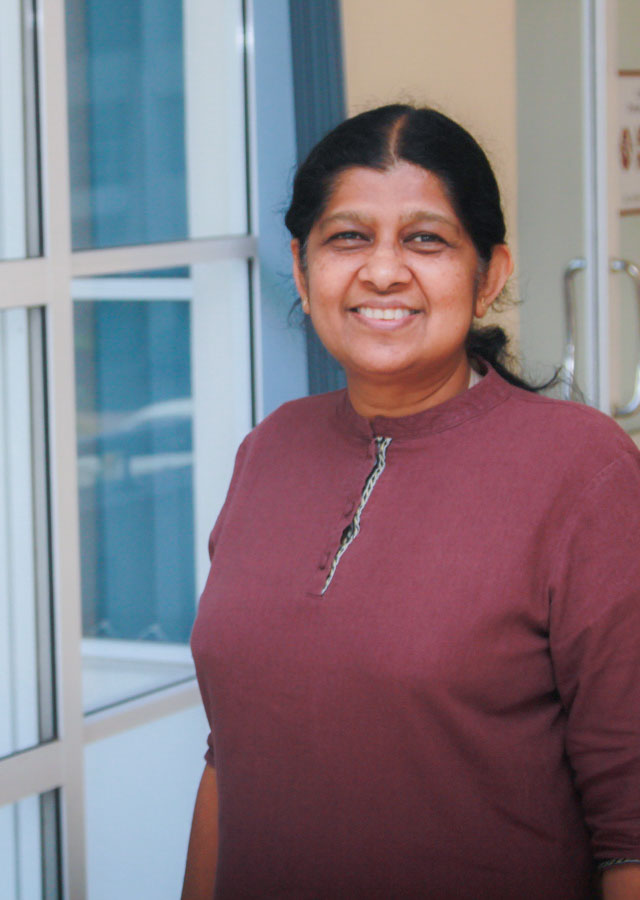 Kumari Tilakaratne obtained her Post Doctoral training from Japan and joined IFS as the Coordinator for the Dissemination of Science in 2000. She became a trainer for training scientists for science communication as she was inspired to popularize science amongst the general public and concentrated on disseminating Science in her native Language, Sinhala. Kumari developed a Sinhala Science website in 2005 (www.vidumanpetha.com –“Road to Science”) This website aims to enthuse learners by providing innovative, interactive and enjoyable mechanisms for learning science through quizzes, games etc. By providing free access and unrestricted reuse of its content the site contributes to the popularization of science. This website was awarded the Grand Jury Special Merit Award in 2012 in a national competition for best e-content conducted by ICTA. Keeping up with the current IT trend, Kumari started the very first, free Science SMS service via mobile phones in South Asia on 2nd January 2012. The Science SMS service is becoming very popular with teachers and students. In addition, this service provides teachers and students a platform for a scientific forum with eminent scientists to solve their science queries. Science SMS service was one of the winners in the national competition for best e-content 2014. Kumari created simple science kits with a native touch to popularize Science among the rural school community. These kits were highly commended in an international workshop. With the help of well wishers, these kits were donated to needy students. To build up a science culture & to enhance the science tempo of the school community Kumari conducts workshops, science camps and training sessions for free. Further, being a member of the National Committee on Science Popularization/National Science Foundation, she is actively engaged in promoting understanding of Science among the general public.